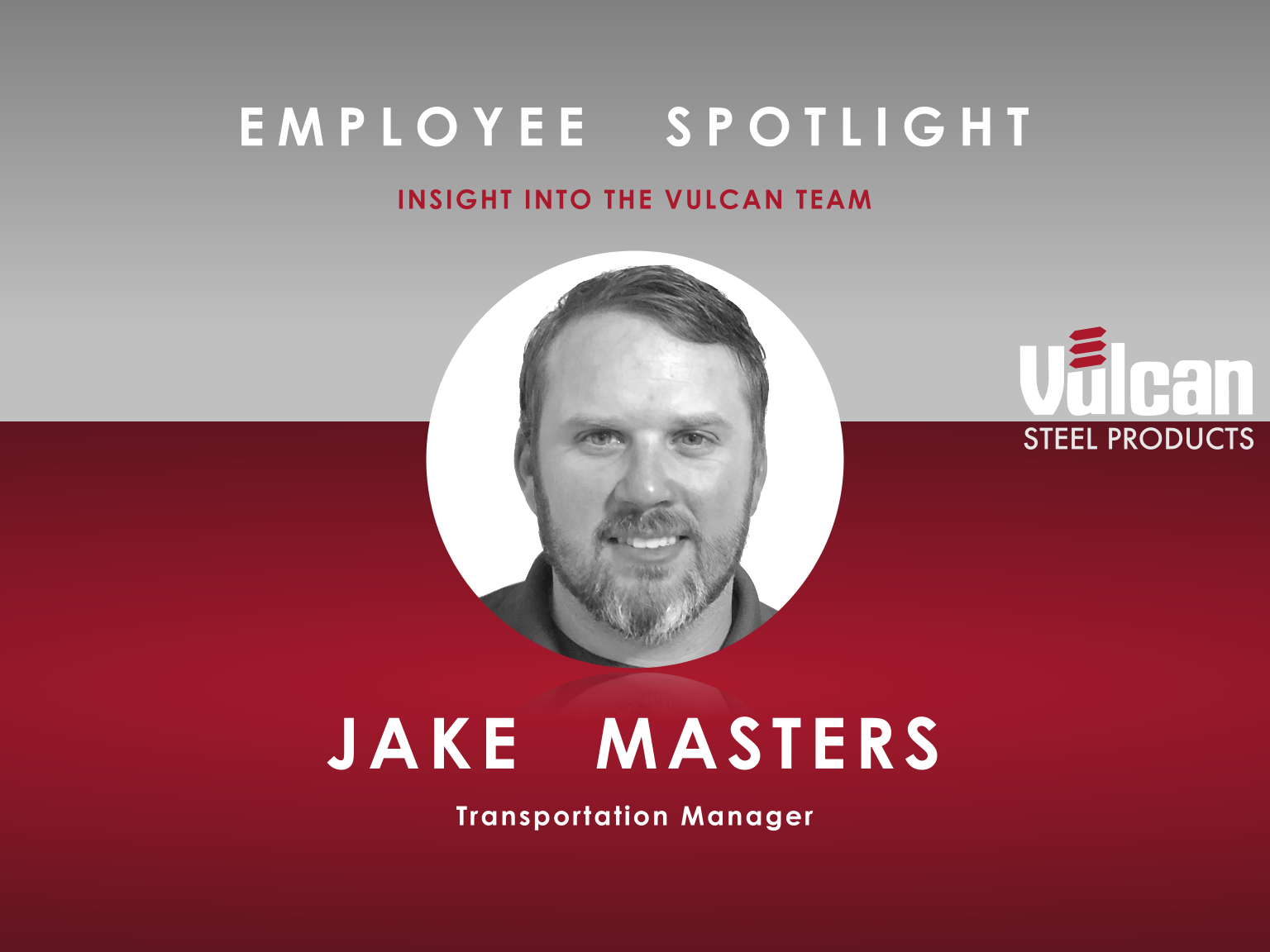 We are pleased to announce Jake Masters has accepted the role of Transportation Manager
with Vulcan Steel Products, reporting directly to Colby Luzier, General Manager. Jake obtained this role with Vulcan on November 1st.

Jake began his career with Steel Dynamics and New Millennium in February 2006 as a Rigger
at the Lake City, FL plant. He was later promoted to Lead Rigger in 2007. In 2010, Jake
relocated to the Hope, AR plant for the Line 3 Supervisor position, and then assumed the
Accessories Supervisor position in 2015. Most recently, since 2019, he has held the position
of Assistant Production Manager.

Jake holds numerous certifications, including Certified Welding Inspector, Certified AWS
Welder, and Certified Rail Operator. He has also completed several programs centered on
Railroad and Switching, Welding, and Robotics. Additionally, Jake was the lead on the NMBS
Hazard Awareness Initiative and is a member of the Core Safety Group.

Jake, his wife Marisa, and their two girls Isabel (4) and Amelia (6) will be relocating to the
Birmingham area in the months to come. They also have two grown children, Gabby (19) and
Peyton (21), that will remain in Arkansas while finishing their degrees.

“Jake’s commitment to safety, leadership, and experience with automation will make him a
great addition to the Vulcan team. We look forward to his future contributions” said Luzier.
“Please join me in congratulating and supporting Jake in his new role.”

If you want to be notified when this is ready to go, please give us your email and we'll let you know.